We’re heading towards the half-way point of the year and I’m back with another monthly report on my earnings. Read on towards the end to “congratulate” the Turd of the Month Agency June 2019. 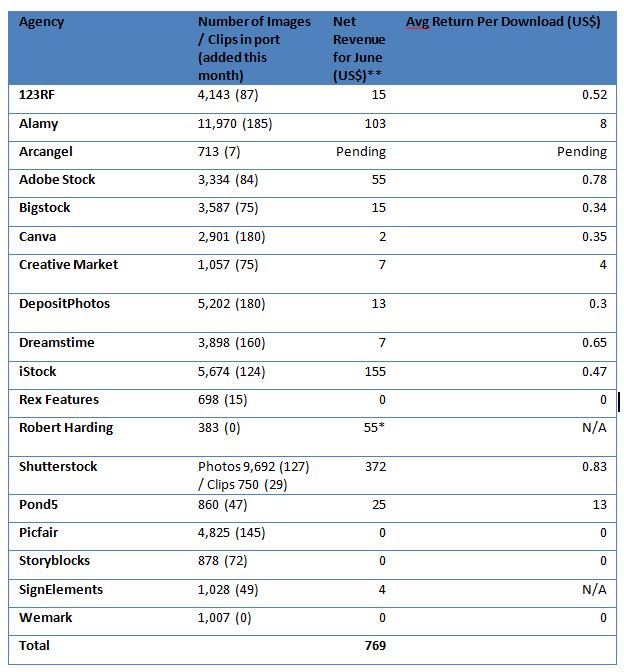 *Since Robert Harding reports every quarter, from my latest statement I earned $55 x 3. Will be updated according to next Quarter’s report at the end of July.

**Note that I have eliminated decimals and rounded up or down accordingly.

Overall thoughts on the month

Fucking terrible on the stills side – no way to sugarcoat it.

In fact, if not for a late-month Alamy surge it would have been a complete disaster (still a very low average return per download at $8 vs $18 for May) and no clarification on the suspicious Personal Usage Licenses despite numerous follow ups… 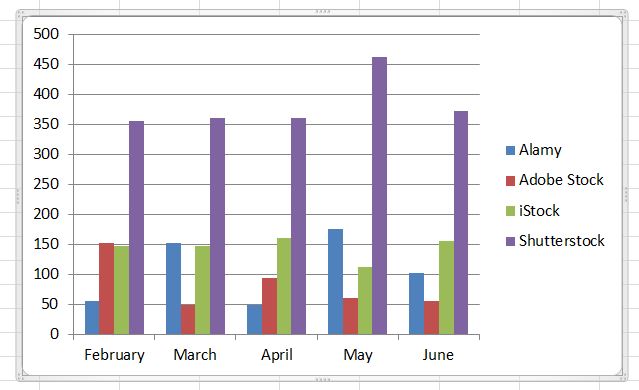 Nevertheless, my best selling stills from the month were the following:

On the footage side, results were mediocre with 6 clips sold earning me $75 (5 on SS and 1 on Pond5). This is less than half of May’s results though but I suspect just a blip. Too early to draw any meaningful patterns, unlike stills.

More specifically, in terms of what sold as footage, quite pleased this topical (Brexit-related) of passengers walking past an immigration sign at Heathrow was picked up:

My trip to London in February is yielding some results, as this clip of passengers going through entry/exit gates at Canary Wharf was also picked up:

About a year ago I wrote a post about a prostitute hanging out outside on the street-corner. Being the eccentric guy I am, I decided to record some timelapses of her (was too dark to do real-time). This month, the same clip of her sold three times (2x on SS and 1x on P5) earning me a total of $27:

I checked some keywords on Pond5, such as “prostitute + street” and turns out this clip is ranked second as most popular. Pretty cool! Just goes to show that any sale (no matter how small) is good news since it will help to drive up your contents’ rankings in the search engines. 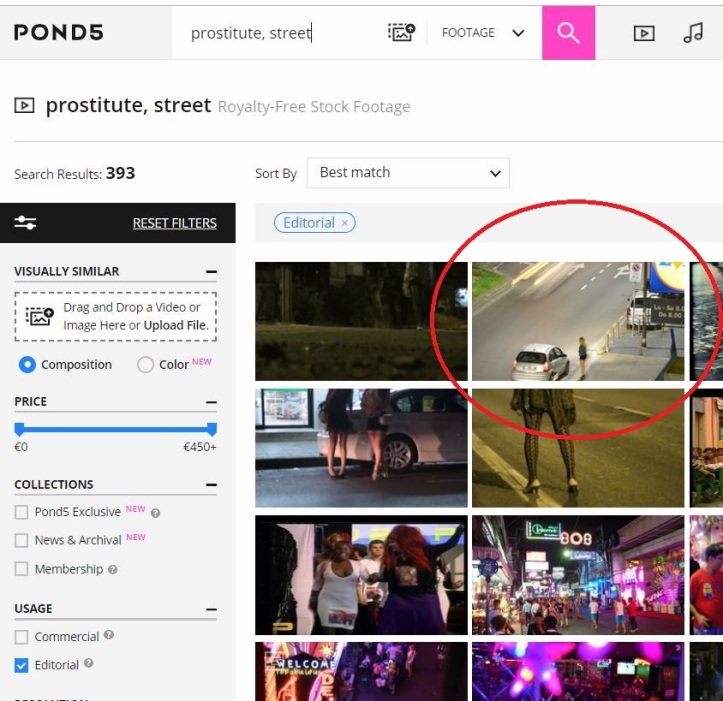 Canva, what a sad sad story

Canva, the coveted winner of the May 2019 Turd of the Month Award, just keeps turding away earning me a pathetic $2 on 2,901 images.

Other contributors, over on a thread entitled “Canva – Did I miss something?” at the MicrostockGroupForum have picked up on just how low this turd agency is sinking down the toilet bowl.

About removing your images from Canva, that’s a pain in itself! According to Elijah:

“A bit more bad news… if you decide to remove your port from Canva at some point you are into the world of pain.

I did remove mine, but the first reply I received from support took a week just to let me know they are working on it and that’s it. Then after 3 email reminders, I sent them (once every 5 days) they replied that it should be done soon. It took me a week and a couple of angry emails to get to the support supervisor.
And guess what… supervisor replied to me that they are sorry, but they don’t have a procedure in place to remove contributor portfolios.
And at this point I went bonkers, asking for an email if their legal department, threatened not to let it go etc. It took me a month to get delisted from Canva.”

So many turds to choose from…Canva probably deserves a Lifetime Turd Award, but this month I’ve decided to nominate Dreamstime or Nightmare time as I’ll be referring to them from July…

I really like Dreamstime, but it just goes to show that this turd can’t compete with the big boys of AS, IS and SS. 4,000 images to earn $7 in June is simply pathetic, especially considering I earned an equally pathetic $19 from them in May. $3.50 in July…it’s a depressing possibility…

You can probably gather how annoyed I am writing today’s post and rightly so. I’ve put in a lot of hard work into the stills with little to show for it…despite continuously adding new content almost everyday…

I’m not a fan of doom & gloom and believe that we must always look for a silver lining. I’m happy I made the conscious decision about a year ago to dedicate myself more to footage where the “grass is greener”. If you’re solely a photographer and equally frustrated, I suggest to get onto footage ASAP!

On a final note, if results don’t improve then Pedestrian Tom, from the helpful Stock Support Group , has volunteered to help me out:

“good read Alex!  If I don’t start selling more I will be a male prostitute on the street for you to film!” – Pedestrian Tom

Above and throughout the blog, as you can appreciate, I’ve given quite a bit of my time to help you make sense of this complicated stock industry and focus on making money. I’ve also given away some of my best-sellers which will directly lead to those images reducing their value (how much is impossible to say).

If you feel that the information above and at other posts is useful and if you’re so included, kindly donate as much as you feel is reasonable by clicking on the following link below:

I’m an eccentric guy on a quest to visit all corners of the world and capture stock images & footage. I’m determined not to waste my life away as a corporate drone and have devoted six years to making it as a travel photographer and freelance writer. I hope to inspire others before it’s too late.