A Week in Israel: Top 5 Places to Experience

Although Israel is a small country, it’s extremely rich in culture and history. One common concern I often hear about those wanting to visit Israel is in regards to safety. Did I feel unsafe at any moment? Nope. However, of course, there still are isolated incidents, and it’s wise to stay updated before and during your trips of areas to avoid. In any case, if you watch the news regularly you would think that nowhere is safe now…

One inadvertent “benefit” of a visiting a supposedly “higher-risk” location is that for the quantity of touristic jewels, there are relatively few tourists, which is great. The same can’t be said about London, Paris or Rome. Most visitors, it seems, were pilgrims visiting sites referenced in the Bible, Torah or Qur’an.

Supposing that you’re planning a one-week stay, I would recommend experiencing the following places as must see. It’s a pity that there’s so much more, but this means I’ll have to go back soon.

In order to get the most out of the experience, I would highly recommend hiring an experienced tour guide. I was fortunate to be in great hands with the extremely knowledgeable Jayme Fucs Bar, who provides personalised tourism packages.

Jerusalem will probably be your starting point and deserves special attention as it holds significance for three religions: Christianity, Islam and Judaism. As such, the Old City is roughly divided into different Quarters:

Venturing from one Quarter into another is a unique experience as the scenery, languages and culture changes instantly.

The most direct way into the Jewish Quarter is via the Zion Gate, also known as the “Wounded Gate” as it carries the “wounds” on its walls of the 1948 Israeli War of Independence. At the entrance of the gate was a mobile bread cart. This gate leads through small streets to the Western Wall, which is an ancient limestone wall in the Old City of Jerusalem. The wall is the only remaining segment as part of the expansion of the Second Jewish Temple by Herold the Great, which was destroyed in AD 70 by the Romans. The wall, which is divided between men and women, is full of small pieces of paper with prayers. What would you wish for?

Next, also within the Jewish Quarter, on Mount Zion, is another Jewish holy site: King David’s Tomb. King David is a celebrated Old Testament warrior king of Israel (1010 – 970 BC). Within the same site is the location of Jesus’s “last supper”.

The Jewish Quarter is quieter than the other quarters and is packed with a maze of mysterious small streets. Be sure to visit the Mahane Yehuda Market, often referred to as “the Shurk”, a traditional Jewish market. It’s a great place to try traditional Middle Eastern dishes, such as falafel, hummus and fresh exotic fruits, such as the purple dragon fruit (pictured). Again, security is tight as can be seen with the army soldier with the automatic weapon. 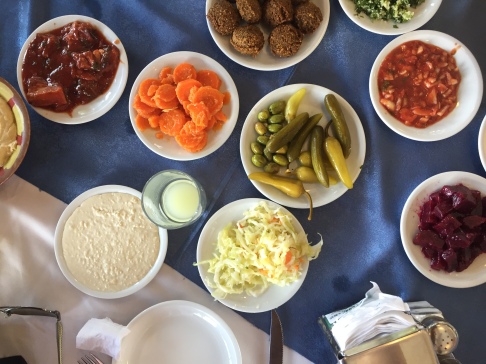 The Christian Quarter is directly assessable from Jaffa Gate on the Western side of the Old City. It’s a lively Quarter, full of outdoor markets, restaurants and historic churches.

Deep within this quarter, at the last stop of the Via Dolorosa, is the must-see Church of the Sepulchre, the site where it’s believed Jesus was crucified and subsequently buried and then resurrected. Be aware that both men and women have a dress code so check in advance for this site and other religious sites.

The Sepulchre church includes the Stone of Anointing, where Jesus’s body is believed to have been anointed before burial and the highlight, the Altar of the Crucifixion. Large queues appear to be common to kneel down and pray at the knees of the depiction of Jesus.

Deep underground within the Sepulchre church lies the tomb of Jesus’s mother, Mary. The Armenian Quarter is the smallest of the four but equally hosts some interesting sites, such as the Tower of David Museum with a panoramic view of the Old City. It’s worth visiting the 12th century St. James Cathedral, which is dedicated to two Christian saints: James, son of Zebedee and James the brother of Jesus. Unfortunately, the church was closed when I visited so check ahead of time for opening times.

The Muslim Quarter is the largest and by far the liveliest of the quarters. Head to the bazaar if you’re looking for good (Turkish) coffee, fresh fruits and vegetables, spices, tourist souvenirs, local sweets and a lively atmosphere! Dome of the Rock

At the middle of the Old City is the iconic and controversial: Dome of the Rock, which is one of Islam’s holiest sites. This is a shrine built on a sacred foundation stone, which is believed, by Muslims, to be the location where the Prophet Muhammed ascended into Heaven on his winged horse on the “Night Journey”. Complicating matters further, the site is also holy to Jews as it’s where the First and Second Holy Temples stood and the site on which Abraham was prepared to sacrifice Isaac, as a test of his loyalty to God (also known as the Binding of Isaac).

This most contentious piece of land on Earth is of limited access to both tourists and non-Muslims, who are only allowed to enter through the Moroccan Gate, Gate next to the Western Wall.

The iconic Islamic golden dome is topped by a full moon decoration that evokes the familiar crescent moon symbol of Islam, according to its original architects. 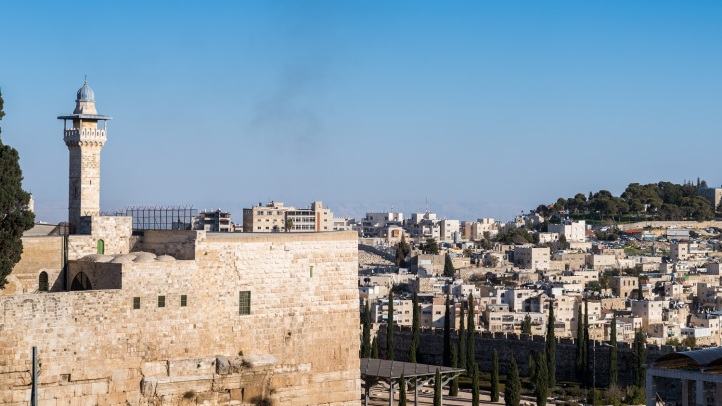 Heading out of Jerusalem, hugging the Palestinian Territories and towards the border of Lebanon is the iconic Sea of Galilee. According to the gospels, much of Jesus’s life centred around this region, where he gave more than half of his parables and performed most of his miracles.

One river that flows within the Sea of Galilee is the Jordan River, which is a place of many important biblical events. The site is called, Yardenit, and is identified as the traditional site of Jesus’s baptism, which now hosts a museum. I was fortunate to visit the site during a baptism.

For most Christians, the link with the river would be the scene of Jesus being baptised by John the Baptist, according to Matthew 3:13:

“Then Jesus came from Galilee to the Jordan to be baptized by John.” This quote is splashed alongside the walls of the site in multiple languages. After a few days of religious-heavy tourism, I was ready to take a break and headed towards more hip & secular Tel Aviv, on the Mediterranean coast.

My first port of call was Jaffa, on the southern tip of Tel Aviv. Jaffa is an ancient seaport, with a rich history (even Napoleon conquered the city in the early 19th century), worlds away from the modern metropolis of Tel Aviv. 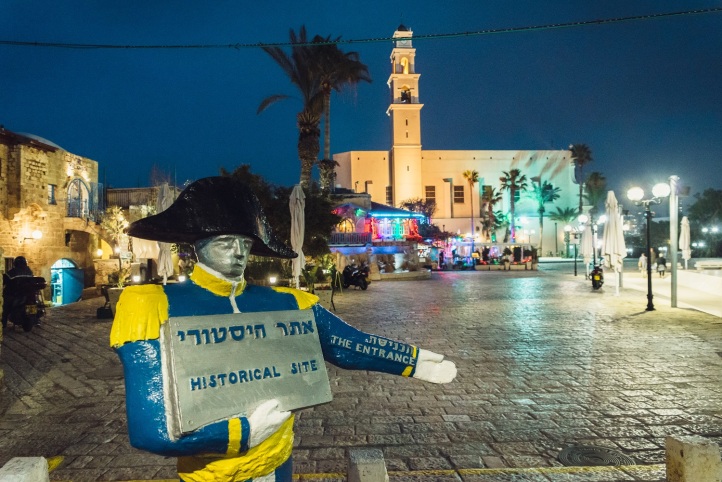 Tel Aviv on the other hand, is a bustling young hip city, with a thriving start-up economy.

It’s also known as the “White City”, due to its collection of 4,000 buildings built in an unique form of the 1930s Bauhaus form.

Staying on the Mediterranean coast, just south of Haifa, is Caesarea, which was the capital of the Roman province of Judaea in 6 BC. A few of the highlights include the amphitheatre and horseracing arena, which are relatively well preserved.

Close by is the major (modern) port of Haifa. One of the must-see sites is the Terraces of the Baha’i Faith, also known as the Hanging Gardens of Haifa. This beautiful symmetrical garden overlooks Haifa and the sea.

Another highlight are the simple houses in the Haifa German colony, established in 1868.

Other notable places to visit if you have more time:

Shalom, salām and peace – until next time!

Author of the Brutally Honest Guide to Microstock Photography