Today was a fun day. My grandfather and his girlfriend agreed to allow me to photograph them exercising, as well as to sign those golden model releases. Remember, releases are required to submit these types of images so they can be licensed commercially.

In my quest to earn from this tough stock game, I’ve been thinking about this concept for a while. It’s a logical concept, that is older people exercising. Think about it, in most countries people are not only living longer but healthier.

Different media is going to eat this up to illustrate a multitude of concepts. Editorially this could be interesting but commercially, this is gold.

My grandfather is 91 (really doesn’t look like it and lucky me as I have inherited some of his genes). His girlfriend is 70 (and also doesn’t look like it). Not only did they look like authentic non-models, they were having fun which showed in the final images! The background of Ipanema beach was also superb as you’ll see.

I have an update. My previous stock shoot back in July, with that good looking young Italian dude flopped. Sure, it sold a few times in the first few weeks showing some promise, but overall it’s been extremely disappointing. It just goes to show that this game is unpredictable…one really needs to upload pretty much all sorts of different types of images and just hope that some of the shit sticks to the wall lol

That model shoot would have put me out of pocket had it been a real model that I would have had to hire. That’s why I prefer to shoot friends and family. Perhaps if I’m accepted at Stocksy I would invest in a more professional set-up since their licenses are more interesting than at microstock…by the way, my application there is still pending! 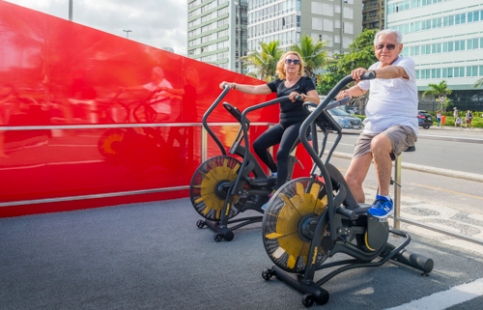 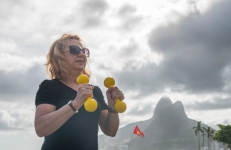 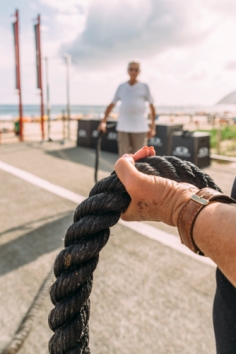 In total, I shot 85 shots of which I’ve shortlisted some 50 (of which only 11 are above). I still have a lot of work to do in cloning out trademarks in the backgrounds, removing people and some more post-processing. Then, I’ll get those releases signed and submit these images to Shutterstock, Adobe Stock / Fotolia, and iStock.

They were great sports (pun intended) and would love to use them for more stock set ups in the future, such as romantic dinner out, couple argument and maybe even a re-make of the 2017 viral jealous girlfriend image…this time with older people, imagine that!

Joys of childhood @edurotenberg @vividecarlorotenberg
@doggybravo.es #miramar #beach #dog @nayaraeosanimais lifeguard on watch
#portugal #cabodaroca #praiadaursa #sintra #beach #cascais #dji #drone #cinematic #reveal #tourism #wanderlust
Unique perspective of #futevolei training at #praiadaribeira in #cascais #portugal with @alancavalcanti6
Super high resolution poster of #baixa district in #lisbon #portugal with too many landmarks to mention. DM if you would like to make a poster! #poster #postcard #lisboa
Fun project, took an archive aerial pic of #cascais bay in 1930 and got my drone up today at more or less the same angle to compare how much it has changed. #cascaisportugal #cascaislovers @inside_cascais @rra_project @cascais_oficial #drone #portugal #lisbon #lisboa