As mentioned on my previous post about submitting images to Alamy Live News, I was in London for a few days, and managed to capture just shy of 200 images.

The weather certainly helped and I’m quite pleased with the results. Here’s some I’ll be submitting to various agencies and why.

Arriving and leaving by EasyJet

Despite the risks of getting arrested, I always make the effort to discreetly capture airport images, especially if I’m bored at the airport. I’ve been getting more bold/daring and my courageous efforts are paying off as capturing better and better airport images. Here’s some, both leaving Milan and arriving in London, as well as vice versa: 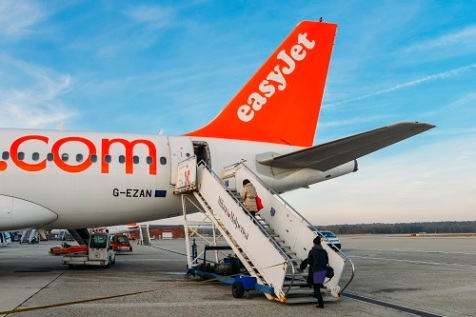 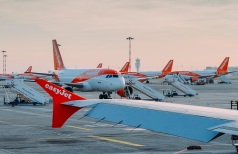 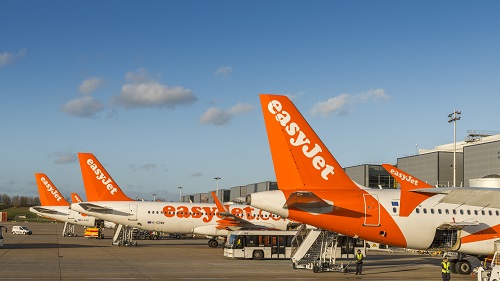 A Walk Around the ‘Block’

A long block in fact, below was my route on the map, about 3km, zigzagging London’s historic sites. I started out in Monument and walked towards the Tower of London, across Tower Bridge and along the Jubilee Walkway on the South Bank, crossing over at London Bridge.

Both Tower of London and Tower Bridge are hugely over saturated subjects and there’s no point in photographing them by themselves, unless done extraordinarily. Instead, I was looking for an interesting story I could tell and noticed that Transport for London designated some segregated cycling lanes (also known as Cycling Superhighways) along Eastcheap. The light was tricky and changing every few minutes, but I still managed to capture some cyclists with correct settings:

By this time, the sky was opening up. I approached the sculpture ‘Girl with a Dolphin‘, created by artist David Wynne in 1973. I was  slightly frustrated that there were so many tourists around as I wanted a clean shot of the sculpture in a juxtaposition with Tower Bridge in the background (ideally with a red double-decker bus passing by).

I only had a small window to get all these combinations right and I just about managed before another group of tourists got in the way.

However, I had to capture the expression of this cute Chinese kid. 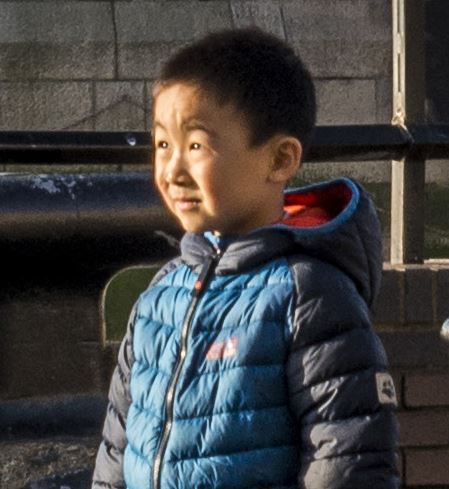 I’ll be submitting both these images to Robert Harding, ideally they’ll select Rights-Managed.

The 360 views of crossing Tower Bridge are done to death, so I was looking for something unique. I took a panorama of Tower of London with the City background, however, what I liked the most was the shadow of Tower Bridge imprinted on the embankment next to the castle. Can you spot it?

I continued on my most-modern quest to capture those selfie-takers and here’s an example of an Arab tourist:

City Hall and The Shard

More over saturated images, but this one may stand out from the pack. A 10 minute job to clone out people and logos – boom!:

However, a less pretty one, but effective nevertheless, would be a front shot of Norton Rose Fullbright international law firm. Believe it or not, I once worked there for a few months as a paralegal. I recall Steve Heap’s advice that if you’re considering submitting an image as editorial, it’s best to include people anyway. 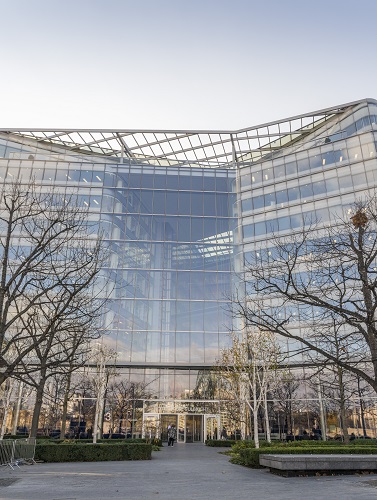 View towards the City of London

Most impressive are the number of buildings soon-to-be popping out in the City of London, despite Brexit uncertainties. Must be sign of a booming economy.

I spent a good 10 minutes trying to get a clean shot of the Union Jack from the HMS Belfast on the foreground with the City in the background. In the end this was my best shot:

Needing a coffee, I spotted this entrepreneur probably earning a fortune selling from the back of his mini:

As many would recall, earlier this year, London Bride and the nearby Borough Market suffered a major terrorist attack. Recently, authorities have added barriers to prevent such car-ramming terrorist attacks. I’ve gone ahead and captured different angles of these barriers, some as commercial and others as editorials. 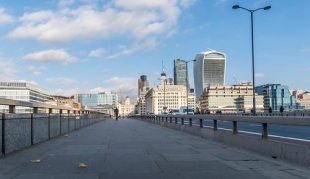 Anti-vehicle barriers erected on the pavement on London Bridge in the Borough area, Southwark, London SE1 as a terrorism prevention measure

I captured some interesting fine art shots which I’ll be submitting to my growing collections at Arcangel Images and Fine Art America:

Even if this was a relaxing snapshot-y type adventure, I’m making a conscious effort to try to capture what would be useful images to buyers instead of what is just pretty – ideally they would be both! Out of all my images on the day, the one that may have the biggest prospect of success is the following.

The reason is simple, it could be used widely to illustrate many stories about hygiene, urban living, garbage tax, garbage collections, standard of living in the capital, etc. Much  more effective than an original London postcard. Something to think about!

Spooky #lisbon
#portugal #cabodaroca #praiadaursa #sintra #beach #cascais #dji #drone #cinematic #reveal #tourism #wanderlust
Unique perspective of #futevolei training at #praiadaribeira in #cascais #portugal with @alancavalcanti6
Super high resolution poster of #baixa district in #lisbon #portugal with too many landmarks to mention. DM if you would like to make a poster! #poster #postcard #lisboa
Fun project, took an archive aerial pic of #cascais bay in 1930 and got my drone up today at more or less the same angle to compare how much it has changed. #cascaisportugal #cascaislovers @inside_cascais @rra_project @cascais_oficial #drone #portugal #lisbon #lisboa
My first drone hyperlapse over #cascais bay on a beautiful #summer morning in #portugal 🌞 no seagulls were hurt during this production ;)