So I’m settling in Madrid, living off a suitcase for the past week…but that hasn’t stopped me from continuing to do what I do best, which is to capture stock content. Happy to share with you what I have gathered so far, including sharing some of my strategies.

First starting point is doing the research before traveling…

Do the research before going

Part of me likes going somewhere new (assuming it’s safe) without doing research and just wanderlusting with the intention of purposely getting lost. However, if you’re on a tight schedule and running a business, it’s always a good idea to plan ahead.

Some of steps I usually take are:

The most important of the 3 is checking the info that agencies give out, which is often more information than you need when it comes to the “most popular” results. These will save you time and energy as to try to improve upon the first-page results. No point in capturing the same boring old angles.

I checked out some of the best-results at Robert Harding (link to thumbnails below) when it comes to Madrid and this is what came out:

What about footage? Well, I’ve checked what’s on offer at Pond5 for the most popular results and here’s what has come out:

It’s certainly intimidating to arrive at a major city and think about exploring, especially if it’s your very first time as is my case. Much easier at the smaller cities.

My gear consists of the Nikon D800 with the 24-70 f2.8 lens (on a gorillapod) and the Panasonic Lumix mounted on the gimbal Zhyper. I usually rotate between the 10-20mm and the 24-70mm, although I find the latter sharper and works better in low-light conditions. 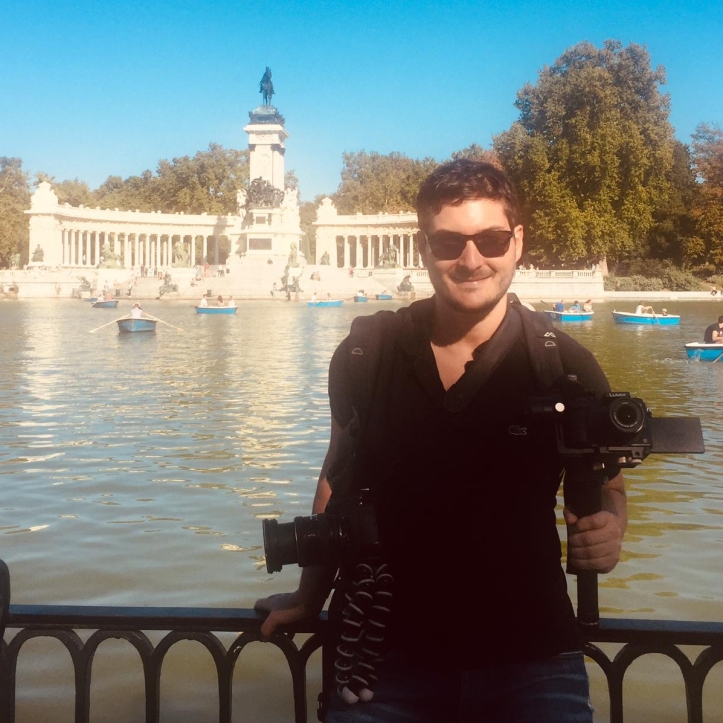 My usual starting point at any new city is usually the central square / cathedral / main plaza and just explore that immediate radius before venturing out.

As mentioned on a previous post, it’s about taking in the environment first and shooting second. Be patient and let the scenes unfold. So, with all this in mind, I headed in no particular order to:

This walk took about two hours with all the stops. Here are some of my favourite shots from walk and why.

This square, like the Duomo in Milan, has been DONE TO DEATH (you’ll probably hear me say this many times). So, how to differentiate? Very difficult but as a starting point, a long exposure still may result in a few sub sales, who knows:

This market was lively as it was 21:00 on a Friday so I took full advantage, going full out on the golden trinity of stills, real-time and timelapse:

As you can see above, the burnt highlights are a real issue…I’ll probably go back there another time and try a better version.

I could only think of one type of shot that would stand out…and that would be a long-exposure through the fence. In this case, I had to be creative and try to ensure it was held firmly still for at least 5seconds…which I managed!

Ending my walkabout, after picking up a bite to eat, I ventured onto the busy Gran Via…the equivalent of London’s Oxford Street and NY’s 5th Avenue…it was almost midnight and super busy…

The above is obviously editorial, but I tried my best to get away with creating a commercial image of that same scene (to stand out from the crowd)…and guess what, I managed (to be accepted on SS at least…other agencies pending)!

Went home. Got some sleep. Woke up early the next day and post-processed the above batch (which wasn’t so large since I was being selective). Took me just two hours and headed back into the centre of Madrid at around 15:30 for some day and sunset shots. In total about 6 hours of walking around!

I didn’t really have a set plan in mind, just knew that I wanted to pass by the Prado Museum, Retiro Park and end up on the Gran Via for another timelapse (ideally from a high perspective). The rest was just winging it! Nevertheless, this was my journey on the day:

Interesting architecture around this neighbourhood that I admired, including:

Spotted a huge Spanish flag at this square but since there was no wind not much I could do. Made a mental note to go back there another time to capture a slow motion (60 fps).

Spotted my future second home consisting of the Casino Gran Madrid with a giant frog statue in front of the entrance. My research (for keywording purposes) indicates that the frog is considered good luck in many cultures.

This building is one of the most photographed in the whole of Spain so I didn’t waste any time…that is until I saw a colourful bush of flowers. I thought, mmmm if only I could use this as a foreground and then clone out logos and get rid of people to pass off as commercial it MAY stand a chance. Why not…

The number one attraction in Madrid is the Prado Museum, considered one of the greatest art museums with important collections. Again, done to death but what struck out to me was the huge queue / line of people wanting to get in. Surely this may be picked up to highlight the backlash against “overtourism”

This was the attraction I was looking forward to the most…as well as I felt like some peace and quiet, as well as shade from the hot sun. If you’ve never been to Madrid, Retiro Park is covers over 125 hectares and is a green oasis in the heart of the city.

The park itself is a joy to explore with so many paths, fountains, palaces and of course the artificial lake with the huge neo-classical structures at the heart of the park.

Being a top-3 attraction in Madrid, the competition is fierce…so to stand any chance, I’d have to produce exceptional work. Tried my best with a long-exposure, turned into fine-art print style, fit for a Fine Art gallery, of the boats on the lake.

Also did some timelapses and realtime, which I’ll still upload but have no expectations they’ll ever be picked up.

For good measure and I’m sure worth a few subs, captured a candid shot of a happy couple taking a selfie. Love this lens for the bokeh it produces giving the scene some depth:

At this stage, it was getting quite late and I was getting thirsty from all the walking in the hot sun. Even though it’s Oct, temperatures were in the high 20s. I’ll have to leave the beautiful Glass Palace everybody speaks about for another time.

Sent a few to Arcangel for book covers, including:

Using my trusty gimbal, I captured a point-of-view (POV) conceptual clip of someone who is apparently lost and doesn’t know which way to go, which could be used widely.

Saw the main railway station from afar but no shots. Made a mental note to go back and explore inside. Supposedly, it’s quite interesting.

The sun started to set and just in time as I made my way to the main junction in Madrid where Grand Via meets Calle de Alcala. This is the Piccadilly Circus of Madrid and many famous postcards are featured here. So how to differentiate? Well, I wanted to head to a rooftop but there was a huge queue to one of the bars overlooking. So, at least today, it had to be done at ground-level.

Using my trusty gorilla-pod, I safely attached to one of the rails and framed the shot.

Happy to share with you some of my results, as captured at Blue Hour…

Time will tell whether these will be picked up, if ever…but quite happy with the look!

Update: Fun still from the 300 or so stills (around the 8 second mark) to make the above timelapse! I’ll take it and upload it as an editorial 🙂 Here’s a link to a tutorial I did a few months’ back on taking stills from timelapses.

As for what I’m looking forward to shooting next in Madrid, in no particular order:

Then venture outwards into surrounding cities/regions, such as Zaragoza, Toledo, Cuenca….ideally by bike…

If anybody has any suggestions on what to shoot in or around Madrid, please comment below!

If you feel that the information below and throughout the blog is useful I kindly ask you to donate as much as you feel is reasonable, such a price of a coffee, by clicking on the following link below:

You can also support me by purchasing one or more of my images as a wall-hanger:

I’m an eccentric guy on a quest to visit all corners of the world and capture stock images & footage. I’ve devoted six years to making it as a travel photographer / videographer and freelance writer. I hope to inspire others by showing an unique insight into a fascinating business model.

There was an error retrieving images from Instagram. An attempt will be remade in a few minutes.