Further to the fire at Paris’s Notre Dame cathedral, I recently had an idea to create a series of apocalyptic scenarios using Photoshop to license as stock. I’m a big fan of dystopia / post-apocalyptic and added that we live in this weird/scary/exciting times, I think some of the concepts should do quite well.

Read on and I’ll advise you on how to download these presets and incorporate them into your workflow to earn more. Even with my basic Photoshop skills, I managed to put some interesting concepts together, as you’ll see!

Controversial – End of Times in Jerusalem

Honest, as always, I have some hesitations about creating some of these owning to their obvious negative connotations. Take for example, this image of the the Western Wall in Jerusalem (Judaism’s holiest site) and the Al-Aqsa Mosque (Islam’s 3rd holiest site) at the disputed Temple Mount. I wrote about my visit to Israel on this highly-illustrative blog post.

You tell me…would you ever consider uploading it even if you knew 100% it would sell regularly? 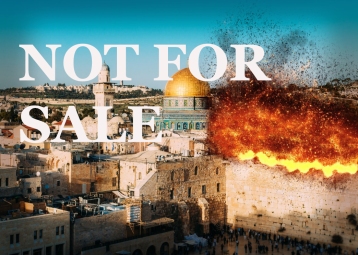 I opted against it (for now)…even adding a big watermark so nobody can use it. Who knows it may be used by terrorists in their propaganda. Just not worth the hassle.

People are generally fickle these days and easily offended and I’m often offended when someone is offended! Plus, this is a biblical place and loads of places speak about “end of times” in Jerusalem and all that non-sense, which I wish to have nothing to do with if the shit hits the fan. I may, however, upload these to Arcangel as they cater to a more niche Rights-Managed market….I will run it by them first.

Instead, I opted for the more conventional London apocalyptic scenes of the Palace of Westminster being blown up. After all, Guy Fawkes tried it unsuccessfully in the famous Gunpowder Plot back in 1605. More recently, following all this Brexit mess, I’m sure there would be many that would wish such an occurrence, without loss of life obviously.

After all, London has been featured in 100s of post-apocalyptic book covers and films. In fact, a quick search on Google for “London + post-apocalyptic” yields some interesting results. Must be something about the city that inspires such disaster!

My rendition of London Burning

…and turned it into this fireball mess (I may clone out the ring later): 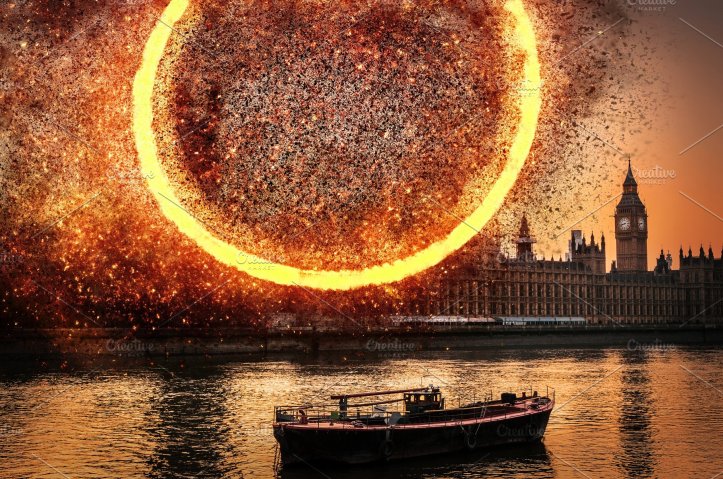 …another action gave me this sort of destruction:

Our Lady was burning

Few people can be offended by something that has already happened, I would imagine (but who knows for sure). So I hesitantly opted to go ahead and upload these Notre Dame fire and destruction images from the original I captured in 2016:

Is there a market for these?

I believe so. If you look at just some apocalyptic film posters and novels, they’re ripe with these types of depictions. Think of the Matrix, The Road, Day After Tomorrow, 28 Days Later, AI, etc 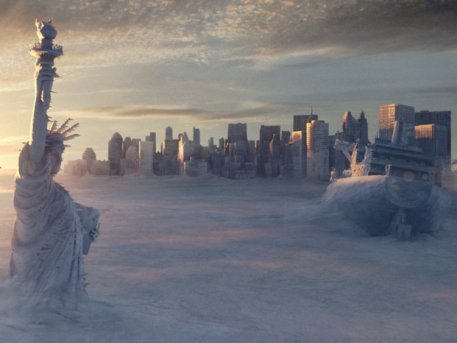 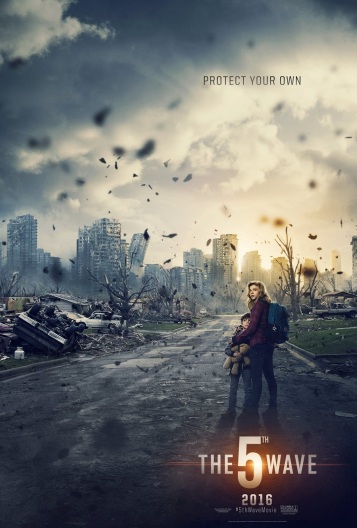 Unlikely one of our images will end up as a poster for a major blockbuster, but this is just to get your mind working. More likely it would end up in a news piece about thread of nuclear apocalypse / terrorism, such as in this article by the trashy Mirror tabloid.

Otherwise, perhaps as a cover of novel. Arcangel, an agency I highly recommend for book covers, accepts these types of post-apocalyptic scenes. Here are some examples, even better if you include the “hero / villain” in the cover:

How to get started?

Then, there’s plenty of YouTube tutorials on installing and tweaks, including:

Took me a little while to get used to it but wasn’t too bad! Give it a go! As you can see on the left, there are many layers but they’re all built in within the program, which is relatively straightforward to implement.

What cityscape should I blow up next?

I’m shortlisting some cityscapes to blow up (with some conscience), plus also looking at flooding some places to highlight the threat posed by rising sea-levels…stay tuned! May even look for a nuclear mushroom cloud. Seek shelter!

Happy Easter to all lol!

I’ll be back soon with my April brutally honest earnings report, plus some news on copyright thieves at Shutterstock.

I’ve created a lively thread over on the MSG forum to discuss the pros and cons of uploading controversial disaster images – click here to read some of the comments from veteran contributors!

I’m an eccentric guy on a quest to visit all corners of the world and capture stock images & footage. I’m determined not to waste my life away as a corporate drone and have devoted over six years to making it as a travel photographer and freelance writer. I hope to inspire others before it’s too late.