Editorial to Commercial for higher Return Per Image

I’ve noticed that many contributors don’t take the time and care to try to squeeze every little bit of potential from each image, which is a pity.

As you can see from my previous post on my most profitable Enhanced / Extended License sales, it’s not by accident that they’re all commercial images! Royalty-Free commercial at micros offers buyers a super-wide usage. Editorial-only restrictions really limits an image’s worth.

The logical conclusion is that if you want to make more at this game, simply shoot more commercial images! But that’s not so easy to do, especially if you’re shooting busy urban scenes as I often do. Then you’re stuck having to submit them as editorials. 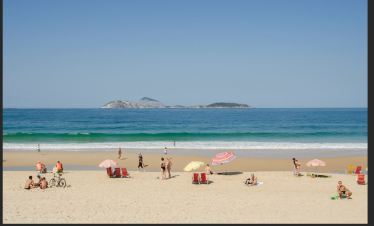 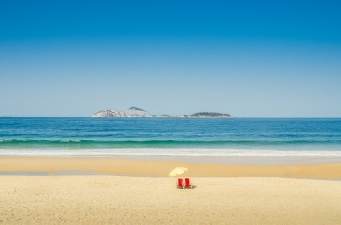 I love shooting at airports, not only because I’m waiting for a flight and rather do something productive, but also because these images do sell regularly! Now if only those pesky security guards could leave me alone I could make even more money.

On my way back from London, I captured a flight from London’s Gatwick Airport. I captured some cool shots of the planes on the tarmac and passengers walking around. I would estimate that these would be around the usual Return Per Image $2/year type shots, which are easy and profitable enough. There’s $12 worth of shots for the next year…almost enough to buy a coffee and cookie in London. 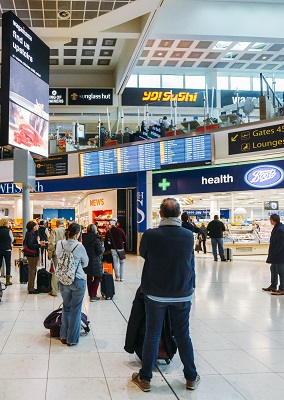 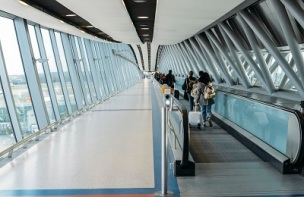 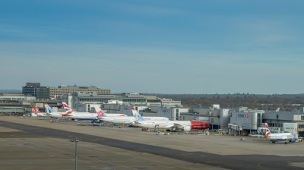 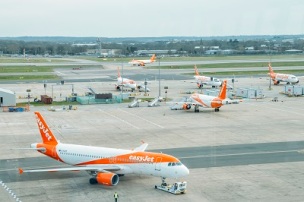 Something a little more juicy

From a nice vantage point, I spotted some baggage holders offloading some suitcases from an easyJet airplane. A few logos here and there cloned out and I reckon these are slightly more profitable at perhaps Return per Image of $6/year.

Shutterstock’s QC standards have really dropped as only a few months ago they would have rejected this for “identifiable persons”, which would require a model release(s). My gain. 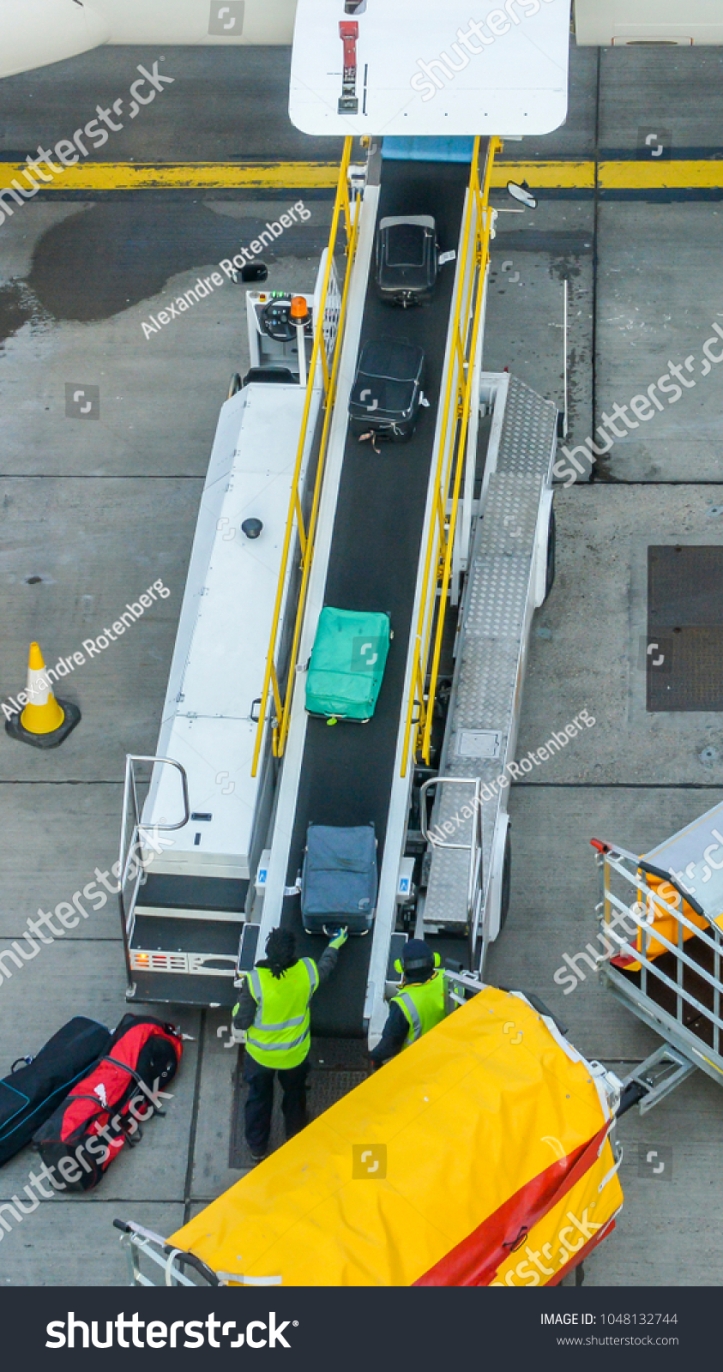 I still went ahead and submitted the editorial version with extended keywords, such as easyJet, DHL and more specifics about the location, notably Gatwick Airport.

The best shot of the afternoon was of passengers disembarking from the airplane. Even though there’s an unsightly reflection on the top right, it’s a simple enough shot which could/will be used widely for all sorts of air travel themes. A 5-minute job of a little bit of cloning out the easyJet logo here and blurring people there…and that’s it!

I would estimate that this image is probably worth about a Return per Image of $8/year ($10 if not for the reflection). On this occasion, I feel that that editorial image would also be quite valuable, likely around Return per image of $4/year. 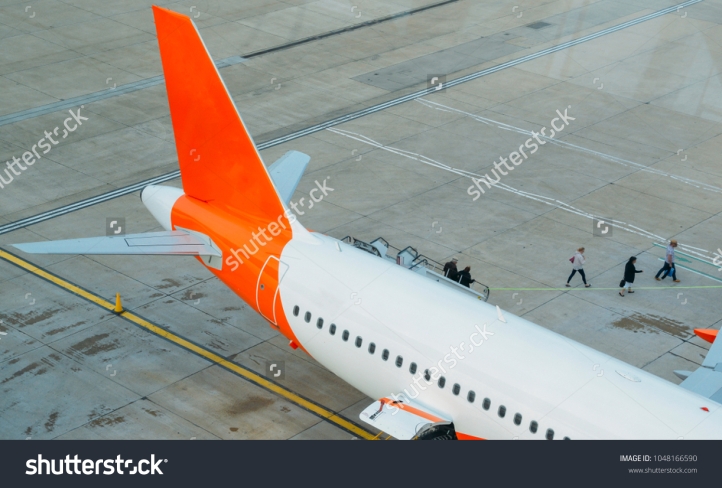 Caption: Passengers disembark from an airplane and walk on tarmac towards the terminal building

In total I submitted 20 images from my early arrival at the airport. At an average of Return per Image of $3/year, that’s not a bad return of $60 in the next year and perhaps a little bit less in the following year. This sounds about right but who knows on Alamy one of my images is licensed for substantial more.

The first point of this post is that it’s important to constantly think about how valuable you would estimate your image to be, even before you push the shutter. Buyer habits and trends are unpredictable, but at the very least it’s a worthy exercise in thinking about ROI. Are you shooting for Instagram or to earn some residual income?

An extreme example would be for me to spend 3 hours of my afternoon and 2 hours later post-processing images of flowers in view of submitting to micros. From a business point of view, probably a huge waste of time.

The second point is to think about which editorial images you may turn into commercial. Go through your portfolio and shortlist such images then work on cloning out logos and blurring people. Ideally there won’t be many logos and the people will either be far away or have their backs turned. Trust me, that time post-processing and re-keywording will be well worth it which should inevitably increase its worth in the eyes of buyers.